Unrivalled in size, scale and opportunity, Teesworks is the UK's largest and most well-connected industrial zone. Crucially, Teesworks will create 20,000 new jobs and contribute £1 billion a year to the wider Tees Valley economy and will specialise in carbon capture industries.

SLDS were initially tasked with producing a detailed amenity lighting design for the scheme comprising both highway and car park lighting. The main architect (POD Newcastle) produced a series of lighting concepts for the project - including a number of architectural lighting features - which in turn SLDS had to work into a buildable solution within strict timescales and to a tight material budget.

The work package included full electrical design of the complete site (including design of a new large 200 Amp 3-Phase electrical supply from a sub-station approximately 300 metre away) - all of which was based on a TT earthing system with multiple levels of 'cascading' RCDs for added complexity. In addition, electrical design for the DMX-controllable RGB/RGBW linear colour-change lighting was undertaken - which consisted of in-ground linear RGB lighting, linear RGBW 'halo' lighting to the perimeter of the new gatehouse and linear RGBW lighting attached to the gabion walls at the entrance to the site. In particular, the RGBW lighting was a custom-made solution from a local manufacturer (Vexica Lighting) which incorporated a warm white (3000K) LED channel to tie in with the warm white LED lighting within the amenity areas.

SLDS provided a complete turnkey lighting / electrical package for the project which included - in addition to the above - detailed installation drawings, DMX control system design, on site control system commissioning, and client software training. We worked with the main contractor (ESH) and the lighting / electrical sub-contractor to ensure that all installation details were achievable on site and we also worked very closely with the main architect (and other design disciplines) to ensure that all the architectural feature lighting would integrate seamlessly within the landscape and new gatehouse. 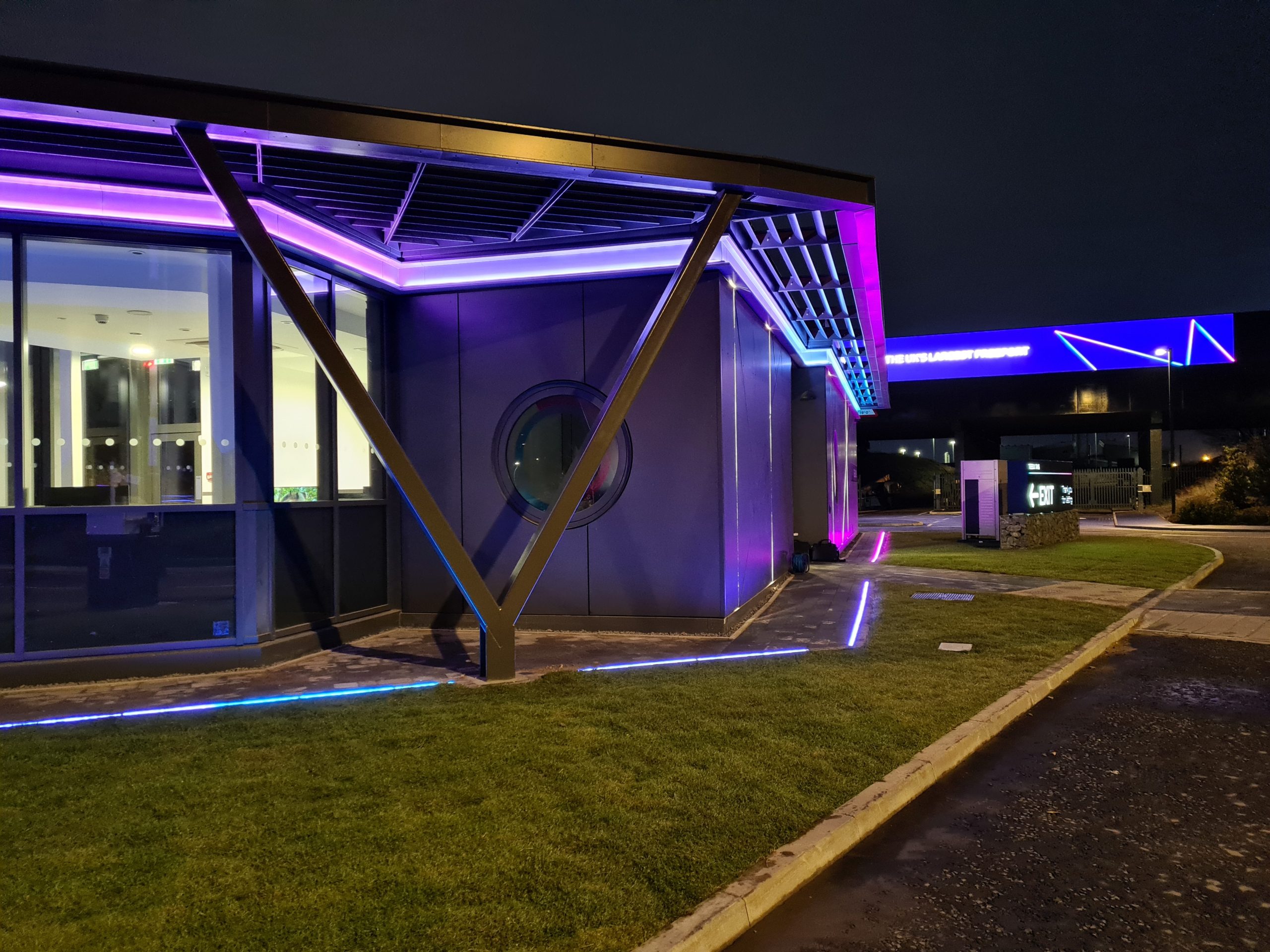 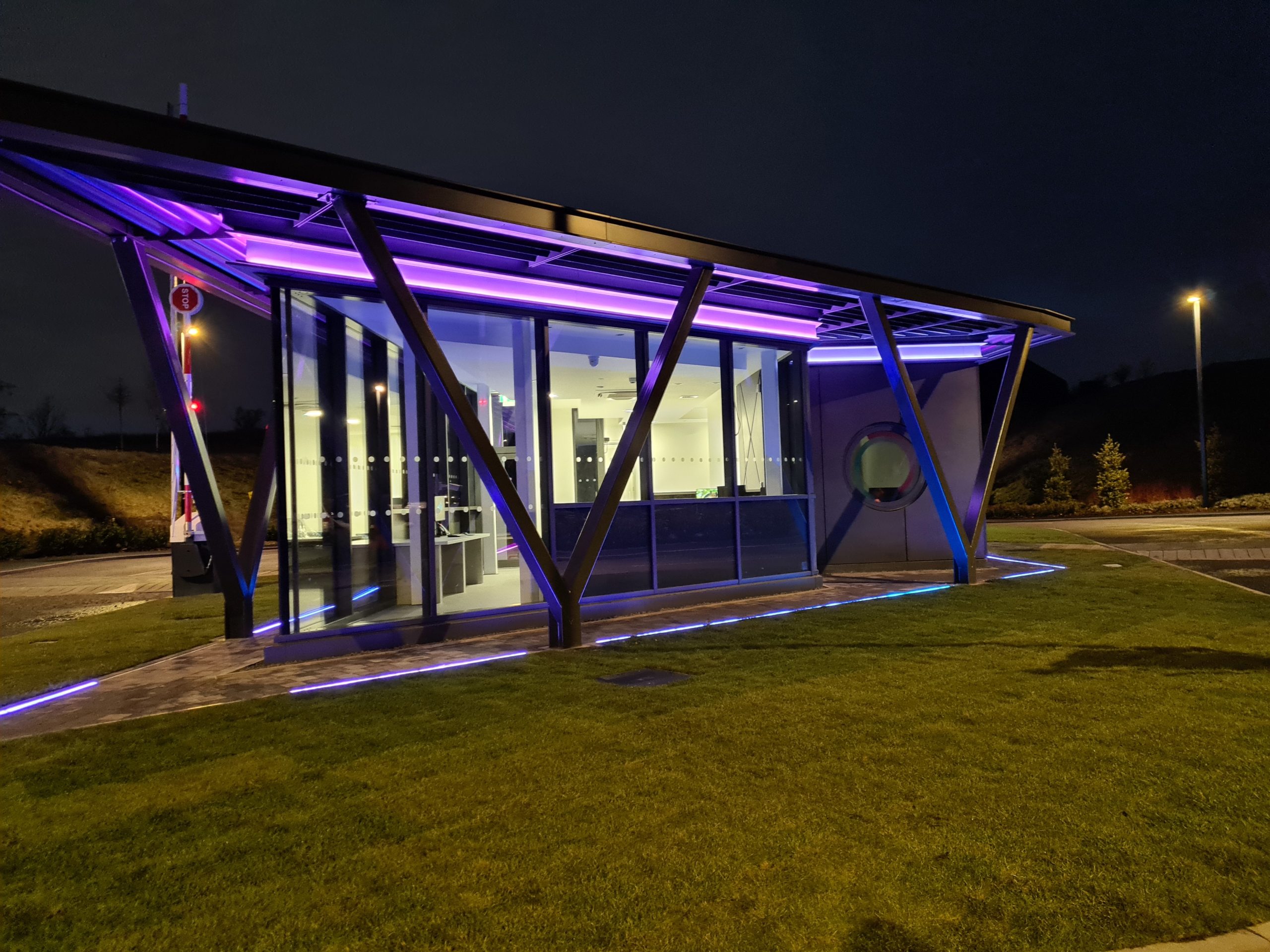 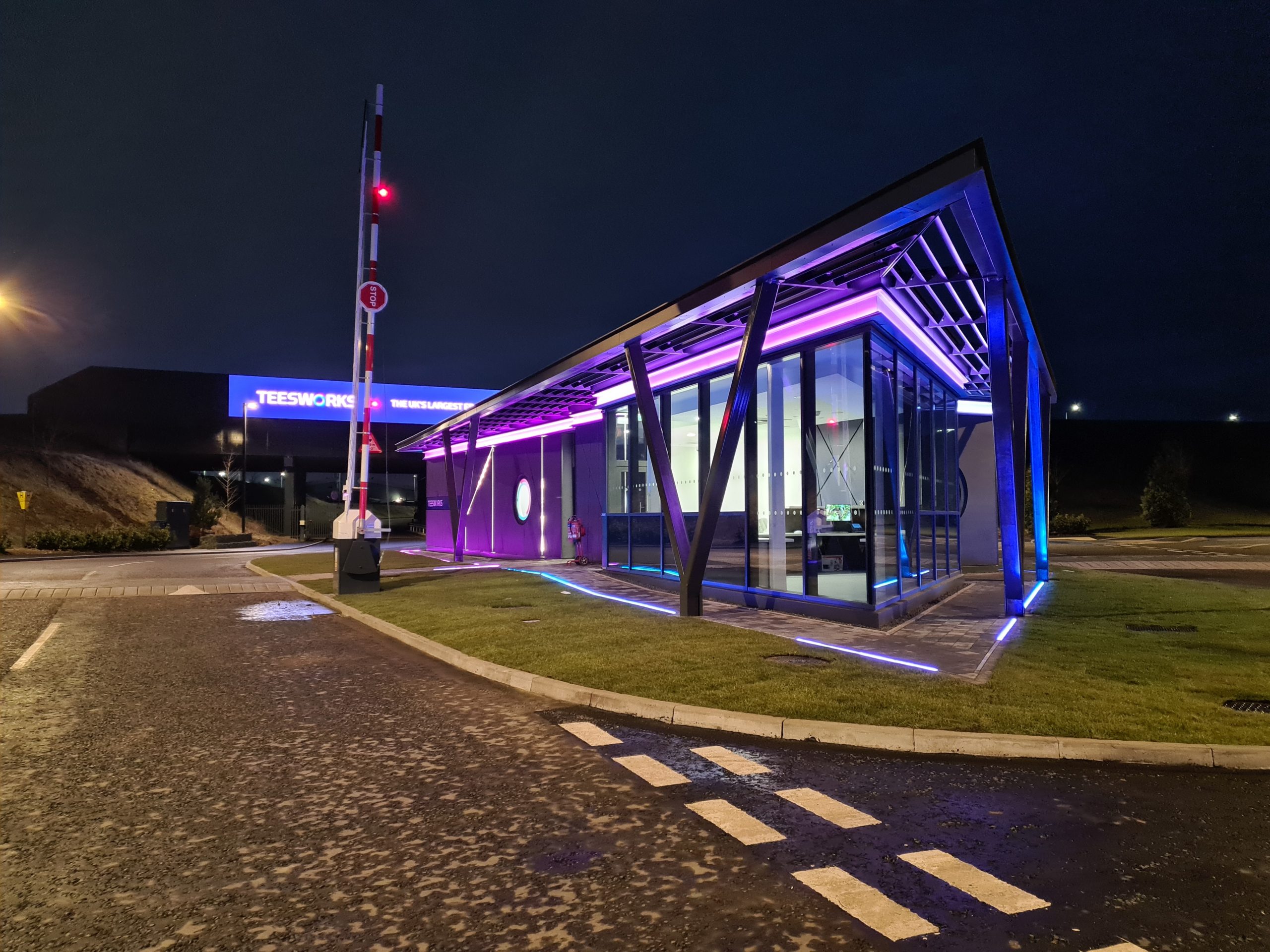 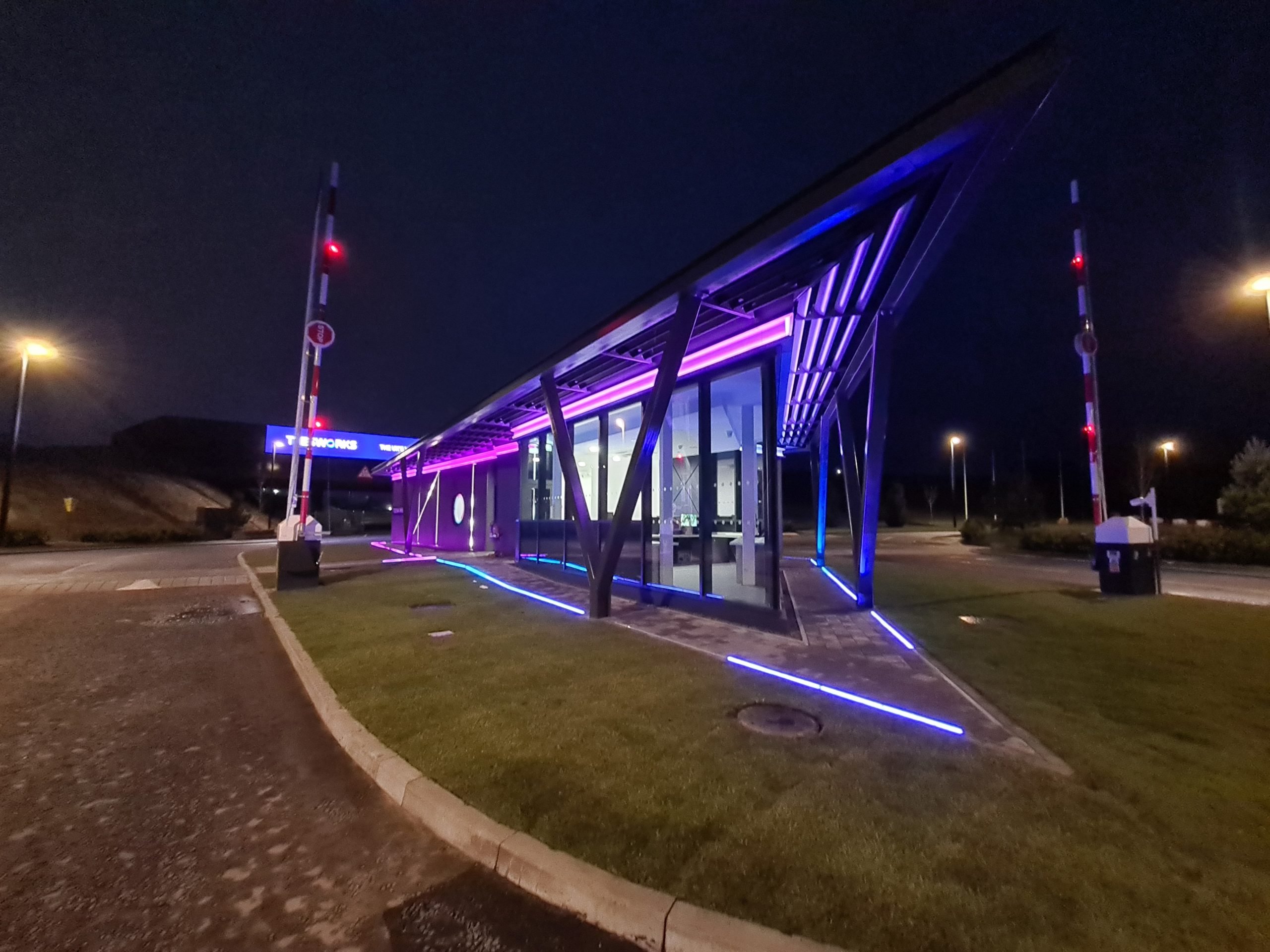