Now known as one of Stockton’s historical landmarks, Trinity Church is situated within Trinity Green public park on the edge of Stockton Town Centre. The park is dominated by the preserved ruins of Holy Trinity Church which was gutted by a fire in Autumn 1991. The green itself was given to the town of Stockton by the last Bishop of Durham, Bishop William van Mildert at the start of the 19th century.

The building of Holy Trinity, designed by John and Benjamin Green, began in 1834. It was consecrated on December 22, 1835. The church spire measured 200 feet high making it the tallest building in the area at the time but unfortunately the top of the spire was lost during severe weather conditions in 1882.

Holy Trinity Church was given the Grade II* listed status in 1951 and continued to serve the Anglican community of Stockton faithfully for many years. Unfortunately, in September 1955, it was reported that the churchyard was to be converted into an open space.

The church ruin, a beautiful piece of architecture is now protected by a steel fence to prevent further vandalism as well as having been refurbished using £550,000 funding secured by English Heritage and Stockton Borough Council (SBC) which was completed in 2008. Since then the ruins have played a significant role in Stockton’s cultural events such as Stockton’s International Riverside Festival and Christmas carol concerts.

In 2018, Stainton Lighting Design Services (SLDS), were initially asked to produce a lighting concept report for Holy Trinity Church. The aim of this would be to develop a design ethos and explain aesthetic aspirations of the scheme as well as identifying any limitations imposed on the design methodology by the structure itself.

Following on from initial discussions with SBC several concepts were developed, resulting in the desired approach being a combination of two - utilising both in-ground and projection lighting.

This concept based on using 'grazing' solutions to the north and south elevations combined with 'distance projection' to the east and west elevations.

The north and south elevations are more consistent in form and are more suited to a 'grazing' solution. whereas, the east and west elevations have more architectural difference and greater design features with greater heights requiring illumination.

The concept was promoted using warm white static LEDs, this being more respectful to the nature of the building and allowing the architecture to really speak for itself once illuminated.

To accentuate the intricacy of the building, and to provide lighting to all main elevations, the new scheme utilises 21 lighting units. The old scheme provided limited effect by virtue of simplistic window reveal lighting - alternately the new scheme highlights the intricate design of the church through façade lighting. Planning and heritage constraints also meant in no way was the new scheme to affect the fabric of the structure.

The new lighting has transformed Holy Trinity Church to look stunning against the backdrop of Trinity green from distance viewpoints. Where it could not be seen before, and was lost in the darkness, it now stands out perfectly. 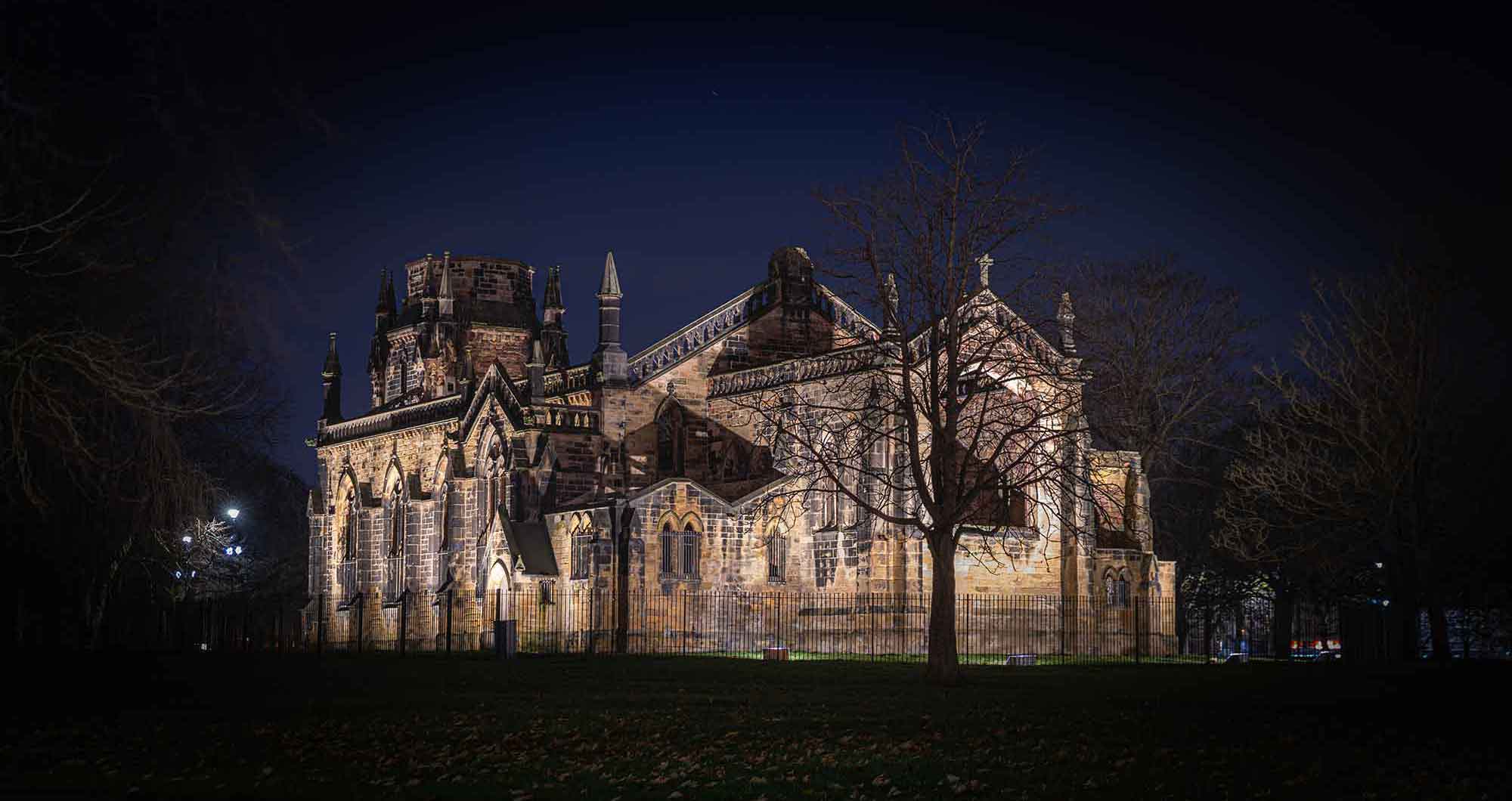 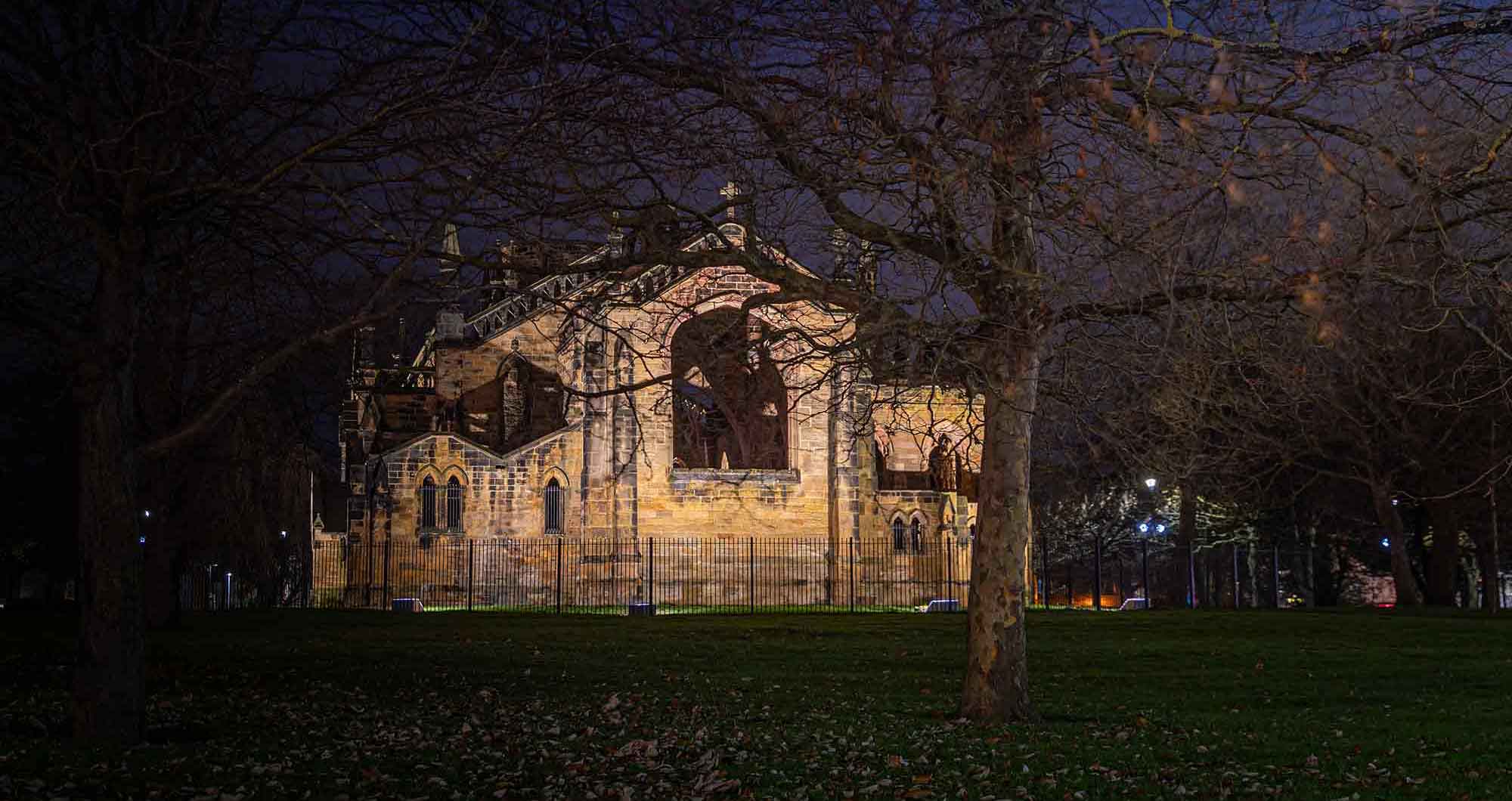 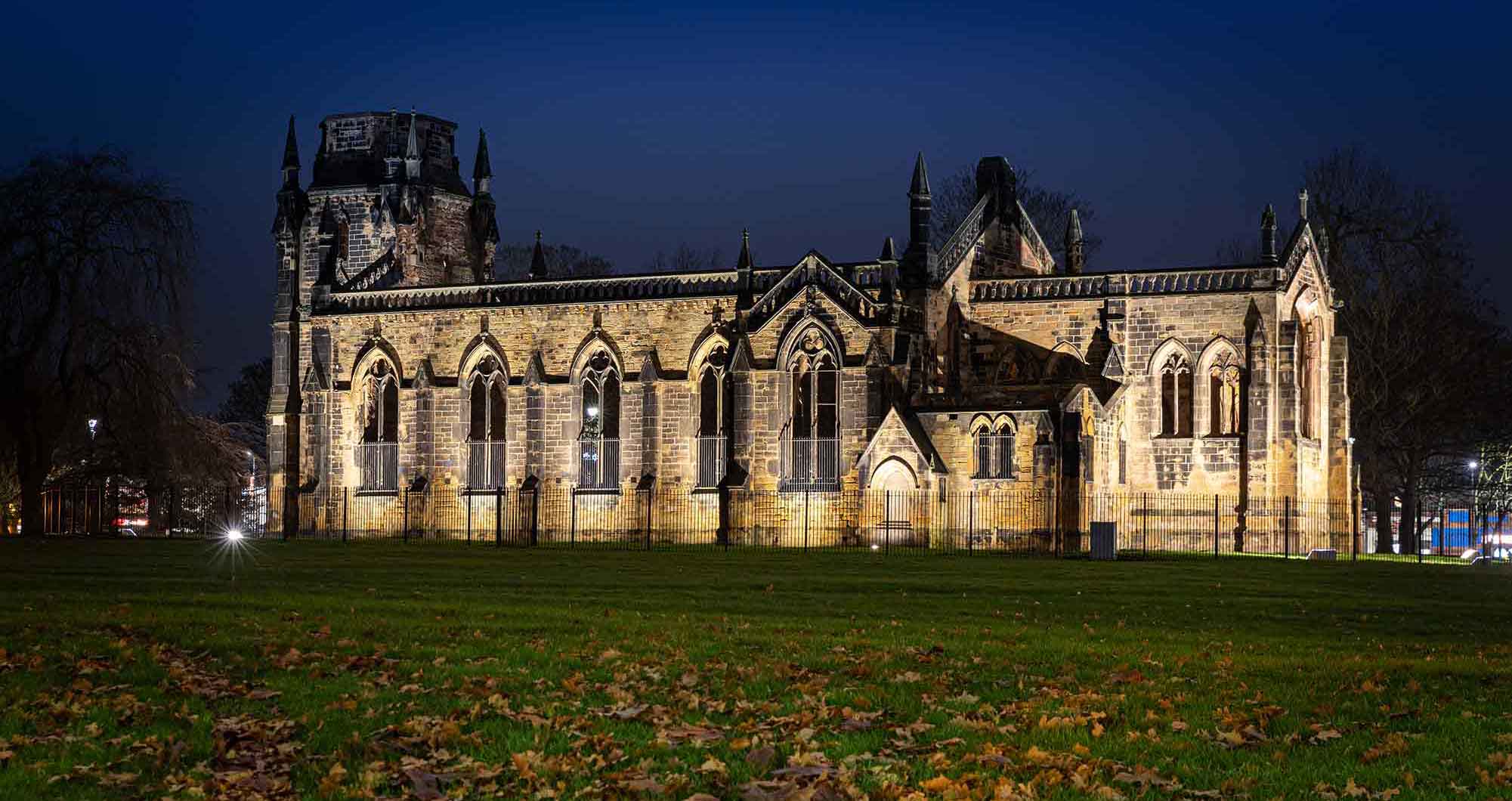 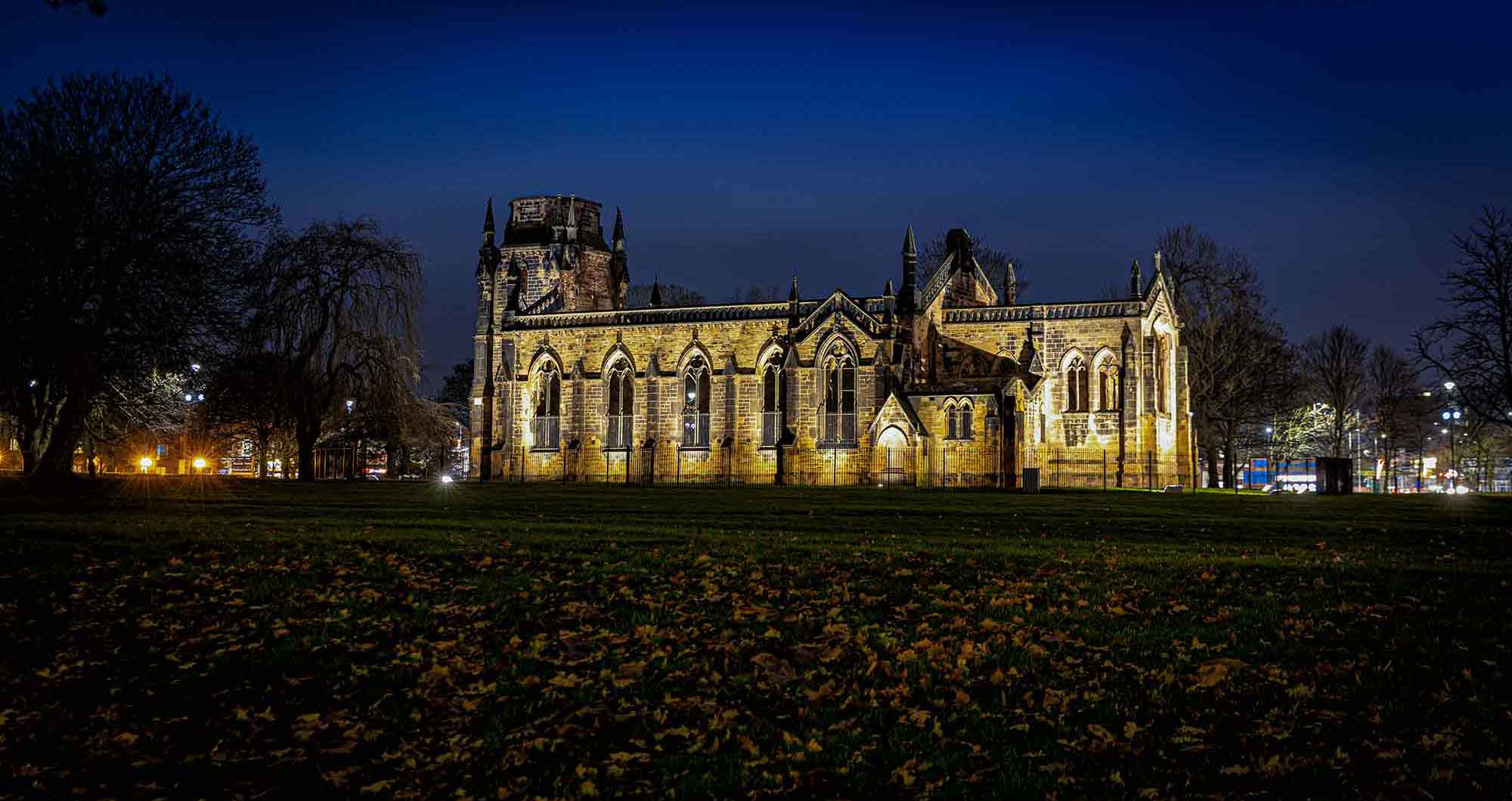