In 2009 a competition to redesign the exterior floodlighting of Durham Cathedral and Castle (a World Heritage Site (WHS)) was organised by Durham County Council, Durham City Vision, Durham University, WHS Coordinating Committee and the Institution of the Lighting Professionals. The existing floodlighting, installed in the 1970’s, had reached the end of its serviceable life and the lamps and control gear were no longer energy efficient. Therefore, it needed replacing using modern and more energy efficient equipment.

In February 2013, after 3 years of work the Cathedrals lights were switched on. The scheme is designed to make an impact whether viewed from close up or from far away with the design developing significantly in between SLDS being announced as winner of the competition to completion of the scheme, and it ended up being 100 per cent LED.

The scheme uses many more luminaires than before which are positioned closer to the buildings, for a more intricate effect. In total 53 luminaires were removed and 247 were installed. The luminaires were off-set from the Cathedral approximately 1-3 metres. This approach enabled the creation of highlights and shadows which brings the fabric of the building to life. It also removed the need for additional window reveal fittings as this method of lighting naturally highlights the window details.

Neos-1, Neos-2 and Noctis 225 LED floodlights were specified. The fittings are controlled using a partly wireless DMX system to minimise the need for the cabling, which may have caused impact on the fabric of the Cathedral. 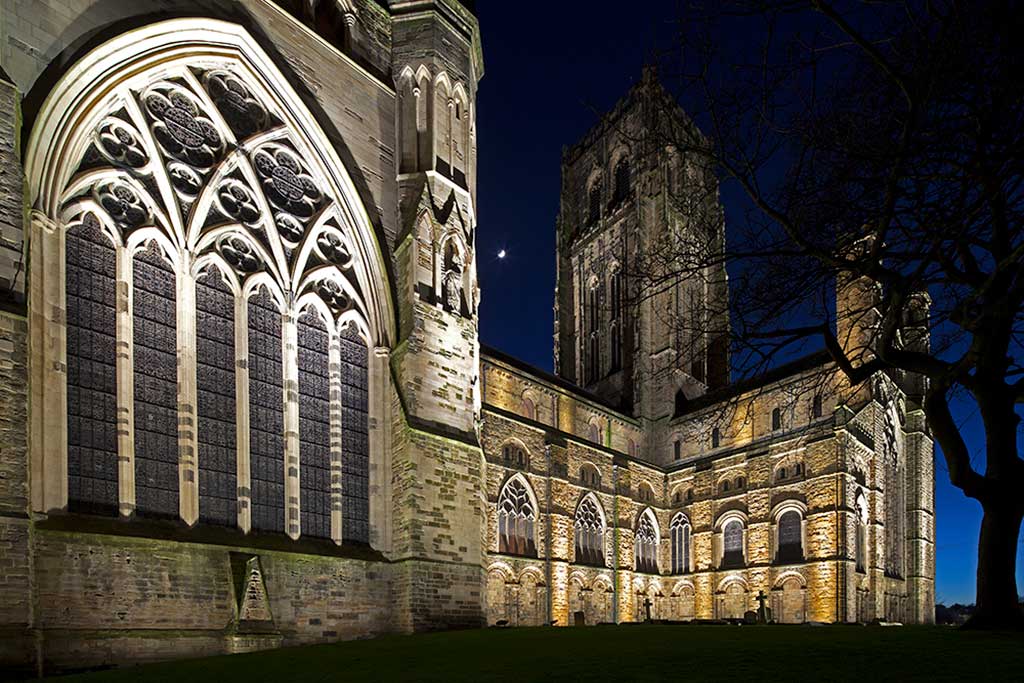 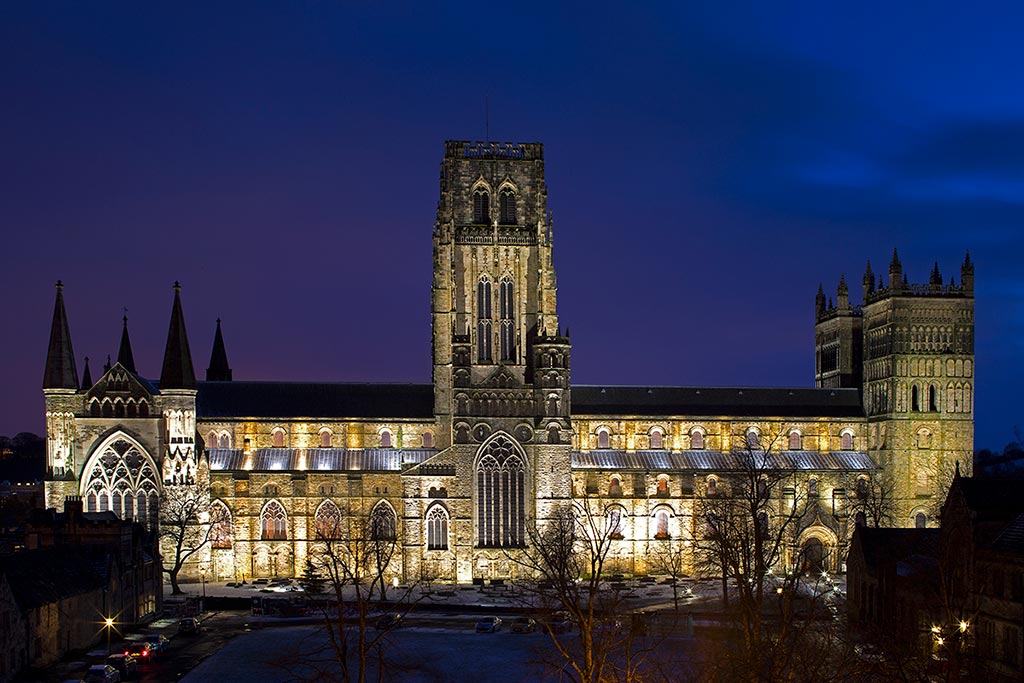 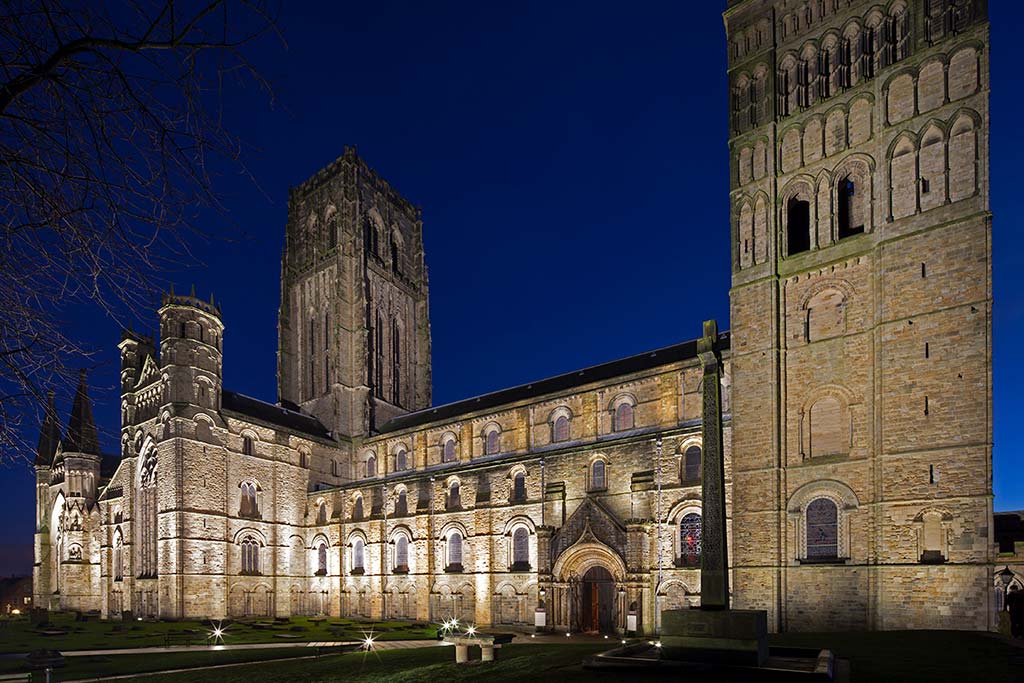 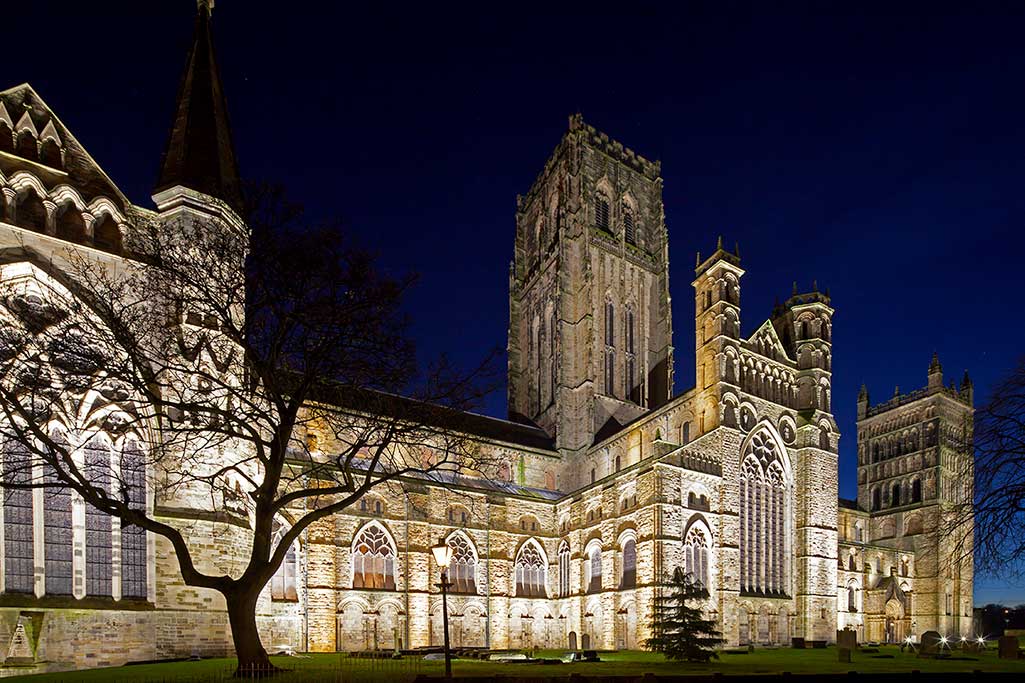 Simple remote access to the DMX controller was important-and from previous experience, the Pharos LPC1 lighting controller was the most appropriate solution. This linked to the computer networks of Durham County Council and Durham University to control the lighting for specific events.